Listening to Jonas Kasper Jensen’s album Plasma in DEX Garden is like dipping one’s ears into an imaginary garden that is about to become reality. The movement of the soundscape reflects something immaterial and imagined that becomes a real, physical world. It is as if the intangible for a brief moment converged with the tangible, and that the instance stands still and gets duration. As such, the album is an exploration of what an exact moment sounds like, when the immaterial touches the surfaces of the material.

The album title refers to the blockchain technology plasma that, simply put, can transform all sorts of digital values into each other and thus represents a novel way to manage and produce value. DEX stands for Decentralized Exchange, a value interchange system distributed along several entities which exists exclusive on the level of a network, rather than at a single point. To Jensen, this technology is still in its infancy and at the present moment in transition between a pure idea and a fully developed technology that may change the way data, information and value is interchanged. Both plasma architecture and DEX platforms are presently being developed, as programmers and digital architects promise us a brave new world, as if this technology will bring about a new digital garden of everlasting bliss.

NITESTYLEZ
Scheduled for release via the ever active Clang label on October 23rd, 2k20 is “Plasma In DEX Garden”, the forthcoming nine track album by Danish artist / composer Kaspar Jonas Jensen. Inspired by complex blockchain technologies and their novel ways to produce real and imaginary value through processing data Jensen creates a dramatic and intense sound field from the first seconds of the UnAmbient opener “State Channels” onwards, a blurry state of spatial movements within the three-dimensional sonic field, with each track named after a certain technical term of block chain technology representing a state of sonic uncertainty and indifference, being a single individual, somewhat threatening and / or brooding mass of sound that just exists in a state of in-between, non-static yet non-moving or developing towards a certain identifiable goal or next evolutionary step, a droning non-drone, a cold, sci-fi leaning womb of warmth, a hovering cloud of outerworldly communication and signal processing when it comes to “Markle Trees”, hazy ethereal harmonies in the “Main Network” as well as glacial developments detected in “Malicious Activity” as well as in the 11+ minutes spanning closing “Market Liquidity” just to name a few pieces here. Is DSA a thing yet? Read as: Data Stream Ambient.

The album is playing with these concepts on a compositional level where rhythm, melody and harmony are interwoven and constantly shift in a slow, drone-like motion. Listening closely, one will discover that passages constantly reemerge throughout the album, as if the entire album morphs onto itself in an internal loop, albeit with subtle modifications and mutations. What might seem like a simple, static soundscape will upon closer listening reveal a myriad of combinations and possibilities. Thus, Plasma in DEX Garden invites the listener to take a critical and nuanced reflection on what happens when a vision goes from being an idea to become real, and what that implies: What will happen when and if this new way of handling value becomes a reality? 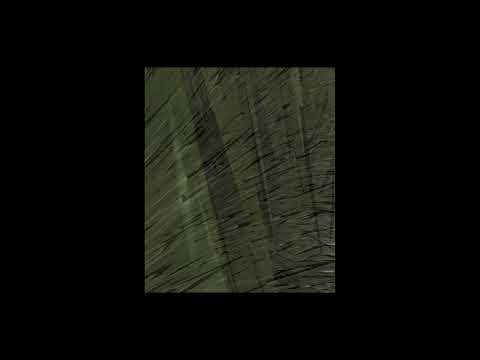 Composed and produced by Jonas Kasper Jensen in Copenhagen, August 2018 to March 2020