Anders Holst is guitarist, composer and sound artist who is based in Copenhagen, Denmark. His musical path has been one of continuous explorations of the means of expression through sound, and he is always seeking to disclose the many sonic and textural possibilities that his instrument holds. Having studied jazz and improvisation at the Royal Conservatory in Holland, Anders Holst also has an education in creating and playing music in relation to contemporary dance from the Danish National School of Performing Arts. He writes and plays in various groups and art projects, which all have an edgy, contemporary and curious quality in common. Anders uses the guitar as his ally, and uses all kinds of extended techniques and manipulations of the instrument to create and shape the sound right until it comes out of the speakers of the amp, and thus commands a large amount of textures and sounds. Many of which make you forget that they origin form a guitar, if you close your eyes and listen. Improvisation being at the very core of his musicality, flow is of the essence, and he shapes his tools in order that they will be dynamic, responsive and flexible, in serving their purpose.

Currently Anders is active in the trio Bog Bodies together with Robert Stillman and Seán Carpio and Anders Holst, releasing their album Sligo in July 2017, as a document of the trio’s collaborative work with the British film maker Benjamin Rowley. He is also part of an ensemble of six electric guitars, Cirklen, for whom he co-wrote a large scale piece of music, “Flydende Rum”, which premiered in Copenhagen in July 2017. Cirklen is also currently performing with the German music pioneer Manuel Göttsching. In his solo project, Shadow Ray, Anders performs on a modified electric guitar that both functions as a regular guitar but also controls Midi, allowing for vast textures and a very big dynamic range. October 2017 sees the release of the album Eyes, Gleaming In The Night. Furthermore, he is part of the duo Ektoplasma, with Nils Gröndahl, and a duo collaboration with Mads Emil Nielsen, who released a critically acclaimed album on Clang.

Furthermore, Anders has contributed work in relation to movies, theatre and contemporary dance, and is a multiple recipient of artist grants. 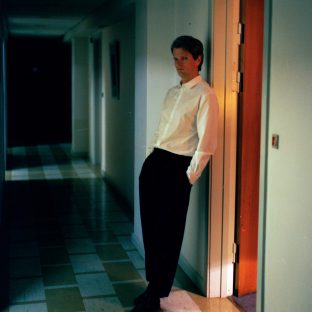 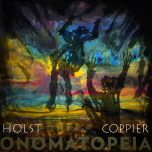 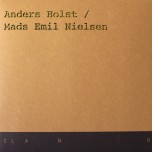