Silvio Paredes studied fine arts in the 80es and was an integral part of the concept art movement in his native Chile. His musical trajectory has to a large degree been shaped by his desire to transfer aspects of this art-form into his musical work, his bands and his releases.

Self-taught, Silvio is a reference point on electric bass and the Chapman Stick not only in his home country, but in all of Latin America. In particular the Stick has been his main instrument since he started playing and he combines it with an array of electronic devices.

Boasting an extensive trajectory, Silvio has been a seminal part of several of the Chilean music scene’s mainstays. His trio Los Mismos was the first electronic group to mix electronics with electrical instruments in a playing style similar to that of a rock band, and Silvio co-founded the still active cult band Electrodomesticos that blends industrial rock with electronica. His fusion of elements from jazz, rock and hip-hop with electronica has been released on four albums, featuring guest performances by outstanding musicians such as DJ Raff, Solo di Medina and DJ Bitman as well as the highly successful indie-pop artist Javiera Mena.

Silvio first released as solo artist was Kau (2010), and now 5 years later followed by the present Poptronics (2015) whose energetic music will accompany Silvio on his re-location to the UK, his next musical endeavour. 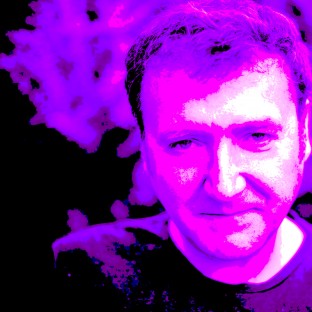